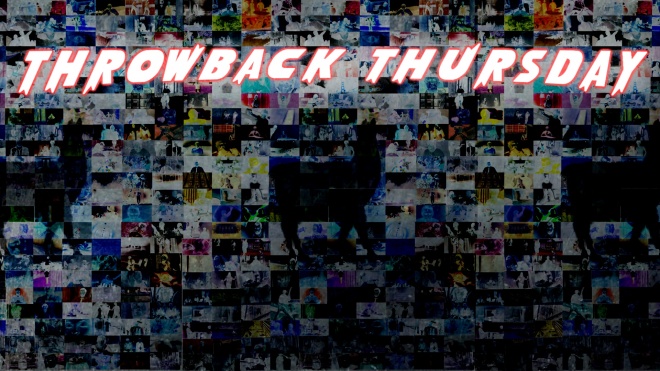 Wow… Yes you see that right, it’s actually a new ‘Throwback Thursday’ post. I (Evan) became extremely busy these past few months with school to the production of our latest big short film ‘Savage’ which kept me from doing our weekly post like throwback.

Well here we are in August, there’s no films to be shot, no classes to focus on, no clients with videos to be made. So it’s ample time to post a new Throwback Thursday!

When we left off in April with the last throwback we were looking back at 2007 when Insane LLama really took making movies more seriously. To be more precise we looked back at the two short films that basically started us with the Facility duo. Continuing after that we started to make short films on a more regular basis, especially once school got out in the summer of 2007 and we had way to much time on our hands. There were a couple other short films made during this time, but they were nothing special so I guess I’ll save those for another throwback post once we scrape everything out of the barrel on our history.

In this post we go to late summer 2007 when a Hollywood film starring Matt Damon came out. This movie of course is the kickass action flick ‘Bourne Ultimatum’, the last release of the Bourne trilogy before the whole Jeremy Renner ‘Legacy’ and now return of Damon in the unoriginal named ‘Jason Bourne’.

The Bourne series was a favorite of all my brothers, father and myself; with us seeing the first two installments in theaters when released. The third segment was no different with all of us pretty eager to see how everything ended in the series. We went and saw the film the weekend it came out. The movie easily met our expectations and you can say may even exceeded them. Young Eliot and I were easily inspired by the feel of the movie, from the shaky camera to the blue color correction (Both later incorporated into our own movies). Though there was one aspect that inspired us the most: the fight scenes. The hand to hand combat in the movie was just completely badass and invigorating. It was like nothing we had seen from Hollywood action films before, the intensity, the brutal feel, and the sound design.

We were definitely inspired… Which brings us to.

Takedown. The very next day after seeing the third Bourne, Eliot, my older brother Ethan, and I decided to do our best to emulate the style of the movie. We were basically going to make a fight scene.

What ensued was our most ambitious film yet with hand to hand combat between Eliot and myself. We also tried some stunts which included one where I throw Eliot across a table knocking down some cleverly placed empty bottles and containers. 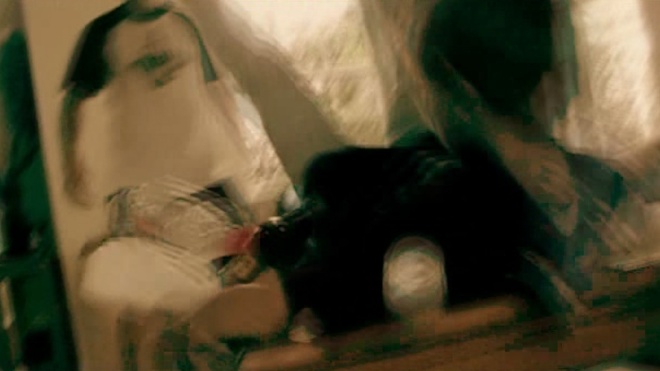 We tried our best to make the fight as realistic as it could be, which watching now may seem a little off with punches seeming weak and not hitting their target. Us being young didn’t know the tricks we know now to make everything seem better. Which includes speeding up footage and the most use tricked in fights which is to cut away a few frames between the punch being thrown and hitting its target.

During the end sequence in the bathroom we decided to go all out, which during the melee I hit Eliot’s head on the toilet hard by accident. He played it off and continued, with Eliot’s character eventually being defeated by me. I kill him off by slamming a door against his head multiply times. This part made our close friend Zach Schnieder laugh his off literally every time he viewed it, even to this present day. 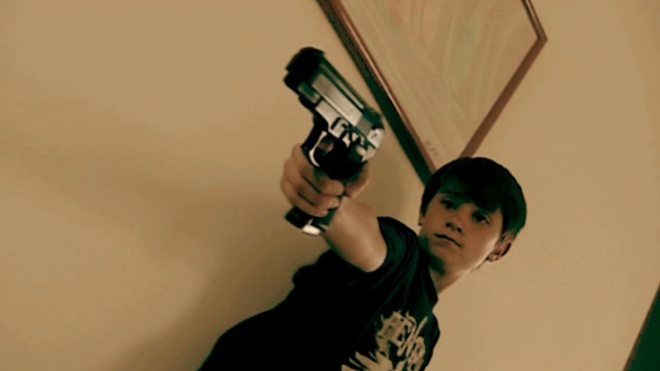 For how young we were and inexperienced the short came out pretty damn good. The film did pretty successful on our Youtube channel when it was released. It became one of our most viewed shorts and gained us quite a few subscribers by our standards.

Like many of our early films it was taken off the main Insane LLama channel when we purged all of the shorts that had aged and contained younger us.

Don’t worry though it has been re-uploaded on Insane LLama Young, Old and Shitty for everyone to view its glory. Watch it and be entertained by some kids kicking the shit out of each other. Here’s the link with it also being embed here. Enjoy!

Well I hope you enjoyed this look back at Takedown and early Insane LLama history. I’ll hopefully be back next week with another throwback. I also hope to do a better job giving insight into the short, this week I’m strapped for time and need to pack for a trip to Minnesota since we’re leaving very soon.

Thanks and continue doing what you do!